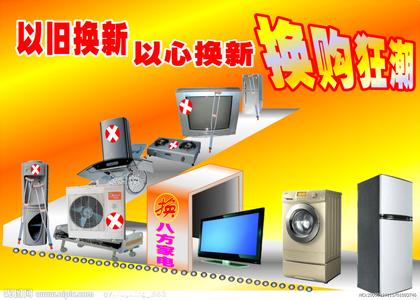 By the end of December, the "replacement for old" project for Beijing furniture will end. Compared to last year, this year's trade-in period from July 1 to December 31, long hours of activity, increased propaganda, participation in many companies, each home store has achieved monthly sales increase. However, many dismantling companies stated that the pressure for â€œrenewal of tradeâ€ in participating in the nature of public welfare is greater, and some consumers believe that the process of obtaining â€œnew tradeâ€ subsidies is too complicated.

According to the official website of the Beijing Municipal Commission of Commerce, from the implementation of the policy on July 1st to the end of November, Beijing's 11 furniture sales companies sold 160,000 pieces of four kinds of furniture in the form of TM, and the sales amount was 1 billion yuan.

The reporter learned that from July to December, actually the house "replacement for old" activities in the old furniture recycling of about 87,000, compared with the same period last year, furniture sales increased by an average of 8% per month. Cheng Yan, director of Chengcheng Furniture City Contract Office, stated that since July 1st, Chengchengâ€™s monthly sales have increased by 20% compared with the same period of last year. Ding Ling, director of planning at Jimei Home Group, said that as of yesterday, Jimei traded about 17,600 pieces of old furniture for recycling, and the total sales amount was 158,830,500 yuan. Zhu Yongli, general manager of Powerhouse Plaza Co., Ltd., said: "Since the implementation of the old-for-new trade-in activities, compared with the same period of last year, strong sales have increased by 20%-30%." He Hongyi, general manager of the top 100 furniture, said that the "new trade" activity was given Top 100 brings 20%-30% of sales.

Near the end of the year, many home stores and brands are also increasing the distribution of subsidies. In mid-December, actually the home has already paid 30 million yuan in subsidies; as of now, Qu Meiâ€™s application for trade-in subsidies has received 2,412; Jimei-Family has issued 8410 grants, with a total subsidy of 6,715,000 yuan.

The process of obtaining subsidies is cumbersome

For the subsidy, some consumers said that the process was cumbersome, but the merchants stated that they could â€œnone step lessâ€.

It is understood that the entire process of furniture "renewal" activities is divided into three steps. In the first step, the consumer purchases the product and fills in the application form. In the second step, the manufacturer sends the new furniture to the consumer's home, pulls the old furniture away, and then sends it to the dismantling center. After the dismantling center receives the old furniture, Confirmation will be made to return the confirmation sheet to the sales company. In the third step, the sales company will inform the consumer to bring the materials to the store for the procedure of obtaining the subsidy. No one step of the three-step process of â€œreplacement for oldâ€ is completed, and the consumerâ€™s subsidies cannot be received.

For the order of the unsuccessful subsidy payment, Wang Ningning, deputy manager of the Operation and Management Department of the Homestead Group, stated that it was caused by the fact that the new furniture had not arrived and the old furniture had not been returned to the brand merchant.

Wang Yan said that because the â€œnew trade for the oldâ€ is the sales company to advance 10% of the amount, after the event is over, the material is ready to receive the Beijing Municipal Commission of Commerce to receive the 5% subsidy returned. Therefore, the lack of any link will affect the company's collection of subsidies. These processes are closely linked, and they also firmly eliminate the possibility of "fake", so these links "can not be less."

Zhu Yongli, general manager of Powerhouse Plaza Co., Ltd., said that the reason for the delay in receiving the subsidy is the delivery time delay. If consumers do not deliver the old furniture on the delivery date on time, the subsequent procedures will be delayed accordingly; followed by some businesses After the arrival of old furniture, it may be in stock, and it will only be shipped to the dismantling center when it is stored in a certain quantity. This will also cause delays; if the dismantling center fails to timely feed back the old furniture received to the sales company, it will also cause delays. This will cause delays; in the end, the consumers themselves will have to send the information to be comprehensive. If the information is incomplete, the processing time will be delayed. Zhu Yongli believes that the second part is the easiest time delay. The time for furniture companies to deliver to dismantling centers is also an uncontrollable factor for sales companies.

The reporter learned that there is a huge difference between the number of recycling companies recycling. Some enterprise recycling numbers are â€œzeroâ€, while the main dismantling companies have 100,000 recycling items.

Xiao Li, head of Beijing Tianlong Tianjie Recycling Resources Recycling Co., Ltd., said that so far the company has not received a piece of old furniture. Mainly because of the relatively high transportation costs in Beijing, furniture companies will consider comprehensively which dismantling companies to cooperate with. Chen Liang, manager of Scrap Business Department of Beijing Recycling Resources Development and Development Co., Ltd., said: â€œThe number of dismantling this year is small, only a few dozen.â€

For such a large number of dismantling tasks, Zhou Hui said that the company is under greater pressure. He said that so far the company has invested more than 2 million yuan, mainly for manpower and site costs. From October to November, more than 80 workers participated in the dismantling at the highest peak to ensure that old furniture did not accumulate until the following day.

Zhou Hui disclosed that the old furniture can be used very little after dismantling, only a small amount of metal can be converted into a cost, the price of timber recycling this year is particularly low, so the company is basically not profitable.

Consumers have plenty of time

Compared with last year, this year's "renewal of old" activities takes a long time, and consumers can choose relatively more time. Last year, Beijing Municipal Commission of Commerce requested that the refunds to consumers must be returned to the bank card. There is no clear requirement for this year, so for some special customers, sales companies will also consider returning cash.

Trade-in to regulate the industry price

The benefit of the "new trade-in" initiative to the company is that it has driven sales and increased publicity efforts. Businesses participating in the activities must be clearly stated, which also regulates the market and has played an active role. Originally, only the actual home could be made clear, and the brands in other stores were uneven. Some were manufacturers and some were distributors, and it was difficult to implement clear prices. The activity regulates the industry price and is also a purpose of this event.

You can deliver your own furniture

Wang Ningning, deputy manager of the Operation and Management Department of the Homestead Group, stated that the time limit for delivery of old furniture by consumers was limited to February 20, 2014. Consumers who purchase furniture during the campaign period, due to the problem of furniture duration, exceed the time for sending old furniture, consumers can send old furniture to the dismantling plant by February 20 next year, so that they can still enjoy the trade-in subsidies. .

The documents must be complete

Consumers should prepare the documents required by the merchant, including the necessary identity documents (such as temporary residence permits or residence permits that are not required by Beijing**), purchase contracts, shopping invoices, and collection of the â€œrenewalâ€ certificates, and the signed buyers themselves. Go to the sales company to apply for the subsidy. If the consumer's formalities are complete, the subsidy can be successfully received after the purchase of the product.

Participation must be "three ones"

The Beijing Municipal Commission of Commerce clearly stipulates in the â€œreplacement of old-for-newsâ€ that the â€œmanufacturer purchaserâ€, â€œnew furniture receipt and delivery of old people,â€ and â€œsubsidy recipientâ€ must be the same person. In the middle of the signing of new furniture can not find someone on behalf of the signing, if the modern signing conditions, you can not receive subsidies.

Product introduction
HHCMS-240 type Carbon Molecular Sieve
HHCMS-240 is a new kind of non-polar adsorbent. It is designed to extract nitrogen-rich gas from the air. It is suitable for separating nitrogen from the air.
The most notable features of the carbon molecular sieve are high gas-producing efficiency and low waste, especially nitrogen with a purity higher than 99.9%.


It is widely used in large air separation and sheet making equipment, and the application field covers the high-end aspects such as the storage and transportation of crude oil in yibi ships.